Robert M Jaggs-Fowler
Brother Mark is a pseudonym of The Reverend Dr Robert Jaggs-Fowler, a clergyman, physician, writer and poet. His biography can be found at: www.robertjaggsfowler.com

One of the great delights of being a country G.P. is the opportunity to become involved with wider areas of the community, often under circumstances that have little to do with the practise of medicine. However, there are also pitfalls for the unwary.

When I first joined the practice, a retired partner gave me some sound advice:

‘Become involved with the local community,’ he said, ‘but never, ever agree to judge the “Bonny Baby Competition” .’

His reasoning, of course, was that there was no way I could make the “right” decision. I would immediately become the focus of hate for all those mothers who considered themselves (and, more importantly, their “darling little coochy-woochy”) overlooked and deprived of first prize “which really ought to have been theirs”.

He was right, of course, and it was advice that rang in my ears several years later when asked to judge the “Miss Slinky of the Year Competition” by the proprietor of a local slimming club. Not only was the aforementioned person my patient, but I was aware that several of her members, who had been working hard on their slinkiness for the past year, were also female patients of mine. How was I ever to make a decision as to whom the first prize should be awarded and hope to be alive by the time I reached the car park? Furthermore, if I did escape the braying mob, there would be the inevitable ninth-degree from my wife on my arrival home. Questions such as ‘why did you select that particular woman?’ and ‘do you fancy her then?’ interspersed by long periods of awkward silences, were just not worth the five minutes of playing the local celebrity role. I gently declined the invitation.

The prospect was very different when I was approached by a District Nurse and asked whether I would be willing to present the prizes at the local ploughing match. Following a quick risk assessment, I decided that I was on safe ground (so to speak) with this one and accepted.

The irony of the situation, however, did not escape my wife:

‘You? A ploughing match?’ she asked in-between wiping the tears of laughter from her cheeks. ‘What do you know about ploughing? You can’t even cut a loaf of bread in a straight line!’

‘They want me to present the prizes, not judge the quality of the furrows,’ I replied, slightly wounded at this sleight on my practical abilities.

She was right, of course. Straight lines and me just do not go together. Loaves of bread assume a wedge shape in my presence; likewise pieces of wood when brought in contact with a saw wielded by my hand. The strange thing is that I do have a critical eye for the precise levelling of a picture on a wall. It is when the hands become involved that things seem to go haywire. Which is one reason why I opted to be a G.P. and not a surgeon.

I guess I was also concerned at any allusion to my really being a “townie”. I vehemently defend my country pedigree. After all, I am a Kentish Man. (See A Matter of Identity - 23 Jan 06 - on this blog). That is most certainly not the same as being a Londoner, as my wife assumes all people born in the South East of England to be. However, even there I have to concede a point. A Kentish Man I may be, but that is clearly not the same as being the daughter of a Lincolnshire farmer - which my wife is. More to the point, she has recollections of ploughing fields using a crawler. Now, that is serious prior-knowledge when it comes to attending a ploughing match. There was nothing for it – she had to come with me to ensure my respectability amongst the rural folk.

Thus, it was that we attended the 29th District Ploughing Match on a wind swept expanse of farmland one October Sunday afternoon.

To be truthful, the afternoon was enjoyable and informative. Of course, I started by not being able to visually tell the difference between one furrow and another. However, after a few hours I found myself boldly uttering words of criticism and praise as I moved from one competition site to another. I even developed a superficial interest in the different types of tractors, which for me, being someone who, as a child, spurned anything resembling Mechano, was a major leap in my lack of fascination for all things mechanical.

The afternoon’s feverish activity soon done, I was positioned by the organisers in front of a large crowd of burly farmers, all eagerly awaiting the announcement of the results whilst trying to look nonchalant as though they did not really care for such trivialities. It was a formidable moment and I tried to look my confident best as a gentleman of the country. In that respect, I am sure I failed miserably. After all, it was most evident that, apart from on the feet of my wife and I, there were no other green wellies to be seen. A dead give away if there ever was one. ‘He’s really a townie,’ was what I feared they were whispering to themselves.

Class by class, the winners were named and each stepped forward to receive his trophy and rosette amidst polite applause. The only one who was sure his name would be called was the single entrant in the Crawler Class. He would have won even if his furrows were the shape of figure-of-eights. However, I thanked him for giving my wife a nostalgic trip down memory lane.

Interestingly, the one abiding recollection I have of the prize ceremony itself is not the crowd or the bitter wind, or the speech I had to give before presenting the prizes (which my wife inevitably said was too long). It is the size of all those hands I shook. They were enormous bunches of Lincolnshire sausages attached to rough, hairy lumps of muscle the size of spades. They looked as though they had been hewn out of the local bedrock. Another giveaway, I thought. By comparison, my own hands looked so small and soft as to make it clear to the farmers that the most strenuous undertaking I must subject them to is the occasional piece of embroidery. (Actually, I don’t know one cross stitch from another – honestly!)

However, the joking aside, there is a serious message behind all the fun and competitive demonstration of farming skills at such an event. The English countryside is only the marvellous place it is because of the labour of love, which those farmers and their ancestors have applied to it. They are the true trustees of what is at the heart of England. As I said in my speech, when I drive around the countryside in autumn and see the neat latticework of expertly ploughed fields, I intrinsically know that all is well in the world.

Coincidently, the night before the ploughing match, I happened to come across a television programme, which was part of a series of Billy Connolly’s World Tour of Scotland. Connolly made a comment that seemed most apt in view of the impending ploughing match. He said:

As I said to the farmers at the ploughing match, they are the, often unsung, guardians to that which lifts our souls and makes us feel alive. May they forever continue to take pride and pleasure in ploughing their straight furrows.
Posted by Robert M Jaggs-Fowler at 06:56 No comments: 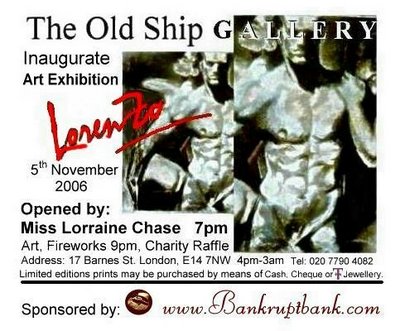 The 5th November 2006 promises to be extra special for lovers of art, especially if they also enjoy good company, fireworks and the opportunity to support the Order of St John Eye Hospital in Jerusalem (see my entry on this blog 'The St John of Jerusalem Eye Hospital' 14th May 2006).

The flyer gives further details. Do come and have an enjoyable evening whilst supporting a wonderful cause.

Thought for the Day 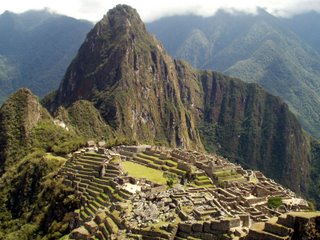 ...instils with awe, inspires, expands the mind...
Posted by Robert M Jaggs-Fowler at 07:34 No comments:

I was sent the following link by a friend. Whilst slightly on the 'twee' side, I think it is worth looking at (with the speakers turned on).

It strongly reminded me of the sentiments I wrote within an earlier piece on this blog (see Reflections after the Memorial Service - 05 Feb 2006).

The question I ask myself is 'why do we constantly need reminding about such an important aspect of life?' Do we ever learn?

Posted by Robert M Jaggs-Fowler at 17:06 No comments:

Thought for the Day

Most toilet cisterns flush in the musical key of E flat major.
Posted by Robert M Jaggs-Fowler at 14:27 2 comments: